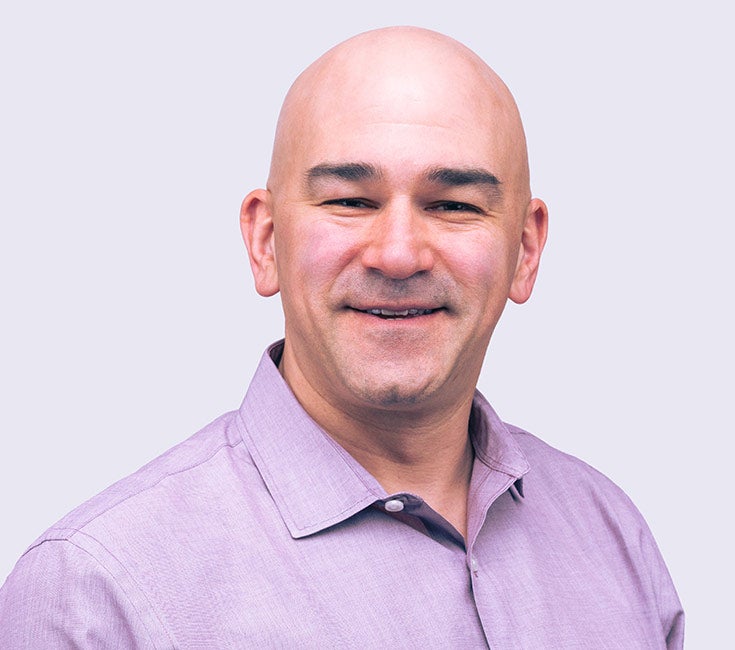 COVID-19 rates are at an all-time high. With no singular containment strategy underway in the U.S., it has become more critical than ever to understand who has previously been infected by the virus, whether or not they displayed symptoms. Traditional serology tests can detect the presence of antibodies in the blood, indicating that the body has responded to an infection in the past, but antibodies appear to wane over time. Moreover, recent studies show that some people never mount a detectable antibody response and are instead able to fight off the infection with other immune cells, T cells, before antibodies even appear. Having different tests to help detect recent or past infection is critical to gaining a more accurate understanding of immunity on a population-wide scale.

As part of our ongoing effort with Microsoft to build the TCR-Antigen Map and develop novel, more accurate diagnostics to diagnose many different diseases, we’ve analyzed over 1,500 SARS-CoV-2 samples to date in the ImmuneCODE study. Our most recent study published on the preprint server medRxiv shows that Adaptive’s T-cell test under development outperformed commercial EUA approved antibody testing as an indicator of past SARS-CoV-2 infection, with 99.8% specificity. These data support the launch of T-Detect™ COVID, which will be available later this fall. The study also found that T-cell response differed and was considerably higher in individuals with greater disease severity, whereas there was no correlation between disease severity and antibody levels in these recovered patients. Taken together, these data add to the growing body of evidence that T cells are critical in understanding our immunity to the novel coronavirus.

Vo’, Italy – One Town’s Mission to Contain the Pandemic

On February 21, 78-year-old Adriano Trevisan was the first person in Italy to die of pneumonia due to COVID-19. He was from a small town in northern Italy called Vo’, a one-hour drive west of Venice. Two days following his death, the entire municipality of Vo’ was placed under a strict lockdown and almost immediately, an aggressive testing campaign was initiated. At the beginning and end of a 14-day lockdown, 2,900 residents – 97% of Vo’s population – were tested using PCR to confirm the presence of the virus. More than 40% of those who tested positive showed no symptoms, and this study was one of the first showing that these asymptomatic cases were key to the undetected spread of the virus. Those who tested positive were either quarantined at home or, in severe cases, hospitalized. All residents were encouraged to limit their movement outside of their homes. By March 23, the spread of the illness had stopped and there were no new infections. These data were published in Nature and were widely cited because they provided real world evidence for how the pandemic could be controlled through proper testing and quarantine of affected individuals.

Vo’ is one of the only locations in the world where previous SARS-CoV-2 infection status is “known” for an entire population. It is thus ideal for understanding how to measure past infection. Two months after the initial lockdown, Adaptive collaborated with University of Padua and Ospedale San Raffaele in Milan in a follow-up study of 2,290 residents, including 70 people who had tested positive with PCR testing on initial analysis. Study participants underwent antibody testing with a EUA approved commercial test (IgG) and T-cell testing with Adaptive’s T-Detect. T-Detect identified 97% of past infections, while antibody testing identified only 77%. Additionally, the T-cell response was higher in symptomatic versus asymptomatic subjects, demonstrating a relationship between disease severity and the amount of detectable T cells, whereas antibody levels did not correlate with disease severity in this recovery period. 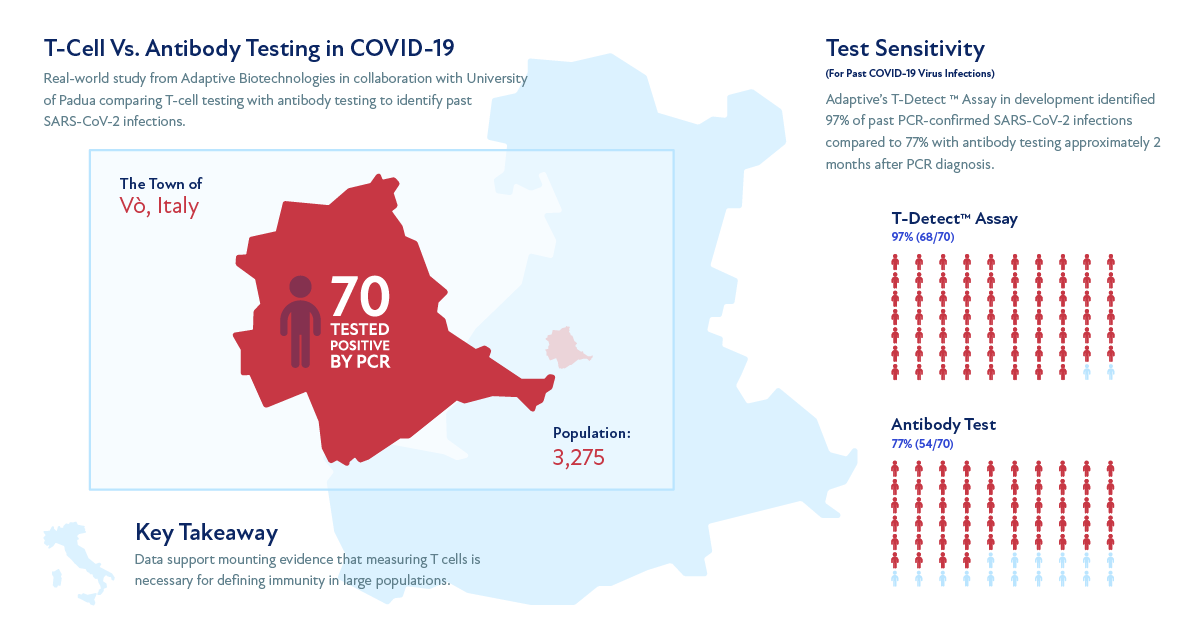 Notably, of the 2,200 people who originally tested negative for the virus using PCR¬, 45 tested positive for virus-specific T cells with T-Detect. About half of them had reported symptoms, either before or after PCR testing, or had household exposure. Therefore, T-Detect may also identify past infections that had been missed by prior PCR testing.

As infection rates continue to soar, T-cell testing can help us understand the true prevalence of COVID-19 in our communities as well as the degree to which our population is protected from future infection. At the individual level, the availability of a T-cell based clinical test could be useful for people who suspect they may have had COVID-19, but were either unable to get tested or had a negative PCR test at the time of their illness, and who want to know for sure whether they had the disease.

While there is still much to be learned about immunity to and protection from this virus, emerging data show that antibody protection may be transient, and T cells could be the key to durability of protection. Such insights will be critical as we progress toward lasting solutions for the COVID-19 pandemic, including the race toward a vaccine.